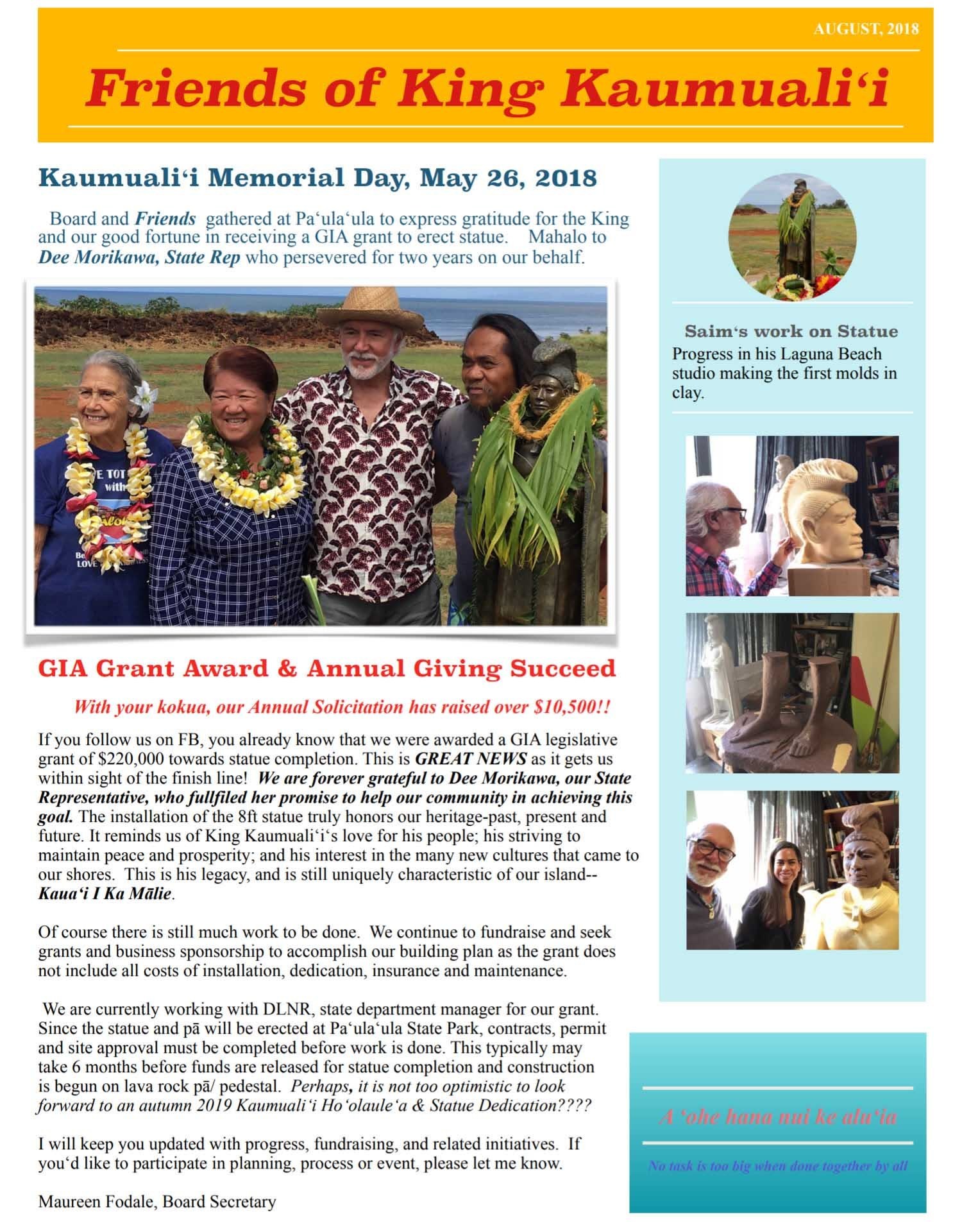 Governor Ige released grant funds for the statue and construction of ahu and structure at Paʻulaʻula, Waimea Kaua‘i. He congratulated Dee Morikawa saying, “Mahalo for your work on behalf of the residents of your district to secure these funds. Projects such as these are critical components of the public infrastructure and contribute to building a better home for our kupuna, keiki, and all the residents of Hawai’i.”

Funds will be forthcoming as soon as DLNR codes and finalizes contract. Friends will go before BLNR on January 10th for SMA site approval within Historic & Coastal zone. Kaua’i County permits follow with an approximate 3 months process before foundation, pedestal and ahu may be constructed. Locals have committed to bringing hearts and hands to rebuilding this foundation for Kauaʻi’s beloved Mo’i Ali’i Kaumualiʻi.

Board and Friends gathered at Paʻulaʻula to express gratitude for the King and our good fortune in receiving a legislative Grant In Aid grant in the amount of $220,000 to erect the statue of King Kaumuali’i. Mahalo to Dee Morikawa, State Rep who persevered for two years on our behalf!

Friends of King Kaumuali`i received 501c3 federal non-profit status with a cultural/historical/educational designation. A county grant has been awarded to expand Na Mele O Kaumualiʻi event into He Inoa No Kaumualiʻi Hoʻolauleʻa – Na Makana Poinaʻole which will include a Kaumualiʻi themed student art contest and Kupuna directed traditional crafts to be made by participants.

2015: The 3ft. bronze maquette was completed